“Drop Gold, Buy BTC” Campaign, Is There Enough Weight Behind It?

The Digital Currency Group subsidiary substantiates their point of view by noting a generational transition in Investors and the types of products they view as being valuable. The campaign’s dedicated website, dropgold.com, advises that;

“While gold historically played a central role in economies driven by physical exchange, the world we live in today is digital. As our money and payment systems evolve, bitcoin has emerged as the ultimate store-of-value asset and an obvious replacement for gold.”

Greyscale’s ad-campaign portrays Investors who are still bullish on gold as archaic, and puts forward the somewhat cheeky question in a commercial, “Why did you invest in gold? Did you invest in the past?”. The campaign’s direct attack on the gold market hinges on seven of Bitcoin’s qualities that Greyscale and many others believe make Bitcoin superior.

Clearly playing at the dense nature of the adored yellow metal, the website points to how transacting in Bitcoin only requires access to the internet. Gold, on the other hand, would prove too cumbersome as a medium of trade for today’s fast-paced world.

For those who have been following the crypto space for some time, it is common knowledge that Bitcoin has a set maximum supply of 21 million tokens. To that effect, Greyscale is of the opinion that Bitcoin is a scarce commodity just like gold.

The discovery of new deposits of gold and the development of better mining technology increases the quantity of gold over time and enhances the benefit of  Bitcoin’s scarcity even more.

“Imagine a world in which you can send a small fraction of a bitcoin instead of a “like” on Twitter to crowdfund charities or fund independent projects with the click of a button. Try doing that with a gold bar,” says the company on its website.

This stems from the fact that one Bitcoin can be divided into 100 million Satoshis (the smallest unit of Bitcoin. Breaking up an equivalent amount of gold into 100 million equal units might not be impossible, however, it would require a lot more work than the former.

It goes without saying that a campaign as daringly executed as Greyscale’s would not be left unanswered by those vested in gold. The World Gold Council (WGC) wasn’t about to let Greyscale off easy.

Led by Adam Perlaky, their Manager of Investments Research, the WGC played out a similarly woven counter offensive. “Gold has a track record dating back to 600BC, whereas Bitcoin has only a 10-year track record,” said Perlaky.

The WGC’s response also pointed out other possible negatives regarding Bitcoin and other cryptocurrencies, with regulation being one of the most pressing. “We have seen how lack of regulation has led to multiple crypto exchange defaults and fraudulent activity, resulting in losses amounting to billions,” notes Perlaky.

The never-say-die response rained further bombardment with the interestingly worded follow up statement. “The government could begin to regulate cryptocurrencies by directly or indirectly interfering with Investors’ ability to transact with them.”

The Bitcoin versus gold argument is by no means a new one. Perlaky and the WGC are not the first to dismiss the possibility of a digital substitute for the valuable metallic element. As far back as December 3 2017, economist and author of Currency Wars: The making of the next global crisis, Jim Rickards, shared his opinion regarding the matter in an interview with Business Insider.

Rickards, an open critic of Bitcoin and cryptocurrency, showed himself to be travelling along the same train of thought as the WGC when asked why he viewed gold as being more valuable than Bitcoin.“Well, basically it has been around a long time. Bitcoin has never weathered a recession or financial crisis,” said Rickards.

He pointed out how, over the years, other asset classes like gold, stocks and bonds have become understood to perform during hard financial times. “Even just in a purely economic sense, we have no idea how bitcoin will perform in a panic. My estimate is not very well.”

Earlier in the year, UK central bank governor Dave Ramsden, echoed those sentiments when he asserted this belief to CNBC, stating that cryptocurrency volatility makes them an unsuitable store of value.

Beyond the back-and-forth finger-pointing and name-calling reignited by Greyscale, the Bitcoin versus gold bout seems set to generate more momentum as we move further into 2019 and beyond. As an emerging asset, Bitcoin has endured and recovered from a number of sharp price declines since its 2009 inception.

Even at the time of writing, the purported digital replacement for gold is going through one such a recovery, with many touting this as the recovery that will solidify Bitcoin and other cryptocurrencies as a legitimate investment. The question remains about whether or not the involvement of large players like the Intercontinental Exchange, some major banks, and Microsoft will mark the end of the shiny metal’s time in the sun?

Though cryptocurrencies and the underlying Blockchain technology may well be the next biggest technological advancement for the internet, the nerds may not have triumphed over gold just yet. According to a report from Bloomberg, central banks have been digging deeper into their pockets in an effort to increase their gold reserves.

With the Chinese and Russian central banks leading the de-dollarisation push, central banks the world over are reported to have increased their global reserves of the luxurious metal to just over 145 tons of gold during the first quarter of 2019.“We’re expecting another good year for central bank purchases, although I’ll be pleasantly surprised if they are to match the level seen in 2018,” states WGC’s head of Market Intelligence, Alistair Hewitt.

The best approach to extinguishing the now fiery feud between the two assets may well be Max Keizer’s ideas on the subject. Keizer, who was an early adopter of Bitcoin, believes in the possibility that the two can coexist. “I think there’s a place to own both,” said Keizer.

However, he also noted that the potential upward trajectory of the gold price may be marginal in comparison to that of Bitcoin. “Gold, with the very best possible scenario, will increase by maybe 3 or 4x, whereas, in the case of Bitcoin, obviously that number is substantially higher.”

Ultimately, the issue of whether or not Bitcoin will usurp gold as the go-to hedging asset isn’t really up to Greyscale or the WGC to decide. The answer to this Investors’ riddle is to be determined by potential investors. The tug of war between these two entities may well be not much more than the marketing of two different ideologies. 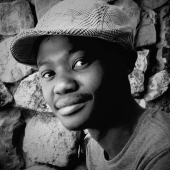 Bitcoin Critic Peter Schiff does not Relent, Despite being Proven Wrong Time and Again