In the United Kingdom, several top clubs in the English Premier League (EPL) agreed to create digital wallets last summer with an online crypto trading platform. The likes of former Premier League champions Leicester City, Tottenham Hotspur and Newcastle United have all agreed to be paid in Bitcoin as part of a sponsorship deal with trading platform, eToro.

The seven EPL clubs that took part in the Bitcoin trial were keen to test how the Bitcoin system could stamp out the issue of ticket touting, as well as the scourge of counterfeit merchandising. Brighton and Hove Albion’s chief executive, Paul Barber, described the Bitcoin project as a chance to “better understand the true potential offered by blockchain”, with clubs weighing up the benefits of cryptocurrencies for player transfers in terms of speed, security, and all-round transparency.

Portuguese soccer giants, Benfica have also become the first leading soccer team in Europe to allow fans to make payments for club merchandise using cryptocurrency. Following a partnership with the UTRUST platform, Benfica fans can now make purchases for everything from club shirts and scarves to matchday tickets using the UTRUST (UTK) token, as well as Bitcoin and Ethereum. The decision was taken by the Benfica hierarchy to help broaden its exposure, despite being the most decorated club in Portuguese soccer history.

The club has acknowledged that many of its millennial fan base are now “digital users first”, and have sought to position itself ahead of the curve to provide “the best online experience” for new and existing supporters. The introduction of cryptocurrency payments would also be a financial benefit to Benfica’s hierarchy, with long-standing issues regarding credit card payments relating to fraudulent transactions and chargebacks plaguing cashflow.

A third-tier Italian soccer club also became the first soccer team to have been bought using cryptocurrency. Serie C outfit, Rimini FC 1912 saw a Gibraltar-based company, Quantocoin, acquire a 25% stake in the club. The firm, which uses blockchain technology to provide alternative cryptocurrency payment methods for investors, bought its share in the team using its own Quantocoins.

Pablo Dana, a leading partner at Quantocoin, believes that the acquisition of Rimini will be the first of several that the altcoin will look to make in the sporting industry. Dana also believes cryptocurrencies are uniquely positioned to take the action against corruption in all kinds of sports. Dana points to Quantocoin’s payment system, which logs all instances of transactions via immutable and continuously updating nodes. Consequently, all funds paid between players, officials and their agents can be 100% transparent to guard against the use of bribes and illegal gestures.

Koosha Azim is an editor for QBITtimes as well as an ambassador for Give Nation. He is among the few Gen Z blockchain leaders through his work with GIVE, Pi Network, Block Blox LLC, and more. 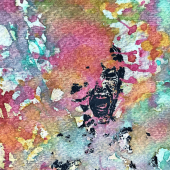 Koosha Azim is an Iranian-American entrepreneur, tech adviser, digital marketer, cryptocurrency enthusiast. He is an ambassador of the Africa Blockchain University as he helps run a multitude of blockchain community events in over ten African nations. He has helped market Pi Network, Block Blox LLC, and ABU in the past.

Kaaso: The Marketplace For Blockchain Freelancers