On Thursday, the New York Attorney General, Letitia James issued a press release stating that her office had procured a court order against Hong Kong based digital assets exchange, Bitfinex’s parent company iFinex Inc. The court document ordered the firm to stop contravening New York Laws and defrauding of residents of the state.

James claimed that the exchange had lost funds to the tune of $850 million and had possibly attempted to conceal the loss by diverting funds from stable coin issuer and sister company, Tether – which claims it is pegged 1:1 to the US Dollar – to the exchange’s bank accounts.

“New York state has led the way in requiring virtual currency businesses to operate according to the law. And we will continue to stand-up for investors and seek justice on their behalf when misled or cheated by any of these companies.”

Bitfinex promptly issued a response to the Attorney General’s claims, stating: “Earlier today, the New York Attorney General’s office released an order it obtained – without notice or a hearing – in an attempt to compel Bitfinex and Tether to provide certain documents and seeking certain injunctive relief.”

The Exchange went on to accuse the Attorney General of “acting in bad faith” and that the funds were lost but had been “seized and safeguarded.”

According to the Wall Street Journal, Bitfinex transferred the Missing $850 million to Panama based payments processor, Crypto Capital to finance the payments company’s users’ request to withdraw their funds. The New York Attorney General who according to Bitfinex shareholder, Zhao Dong, had led an investigation into the matter alongside Bitfinex – determined that the exchange then pulled $700 million from sister firm, Tether to cover the shortfall.

Markets have since recovered, however, the market’s response to the news was milder than what is typical of unfavourable exchange related news especially considering that Tether makes up 80% of Bitcoin trades according to CryptoCompare. An overall bullish sentiment perhaps shielded crypto prices. 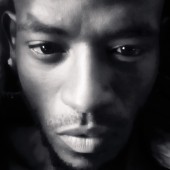